All stations in Japan are numbered, like “HK16” for the Hankyu Kobe-Sannnomiya station. Look for those numbers beside the station names on the signboards on the tracks or maps on the train. 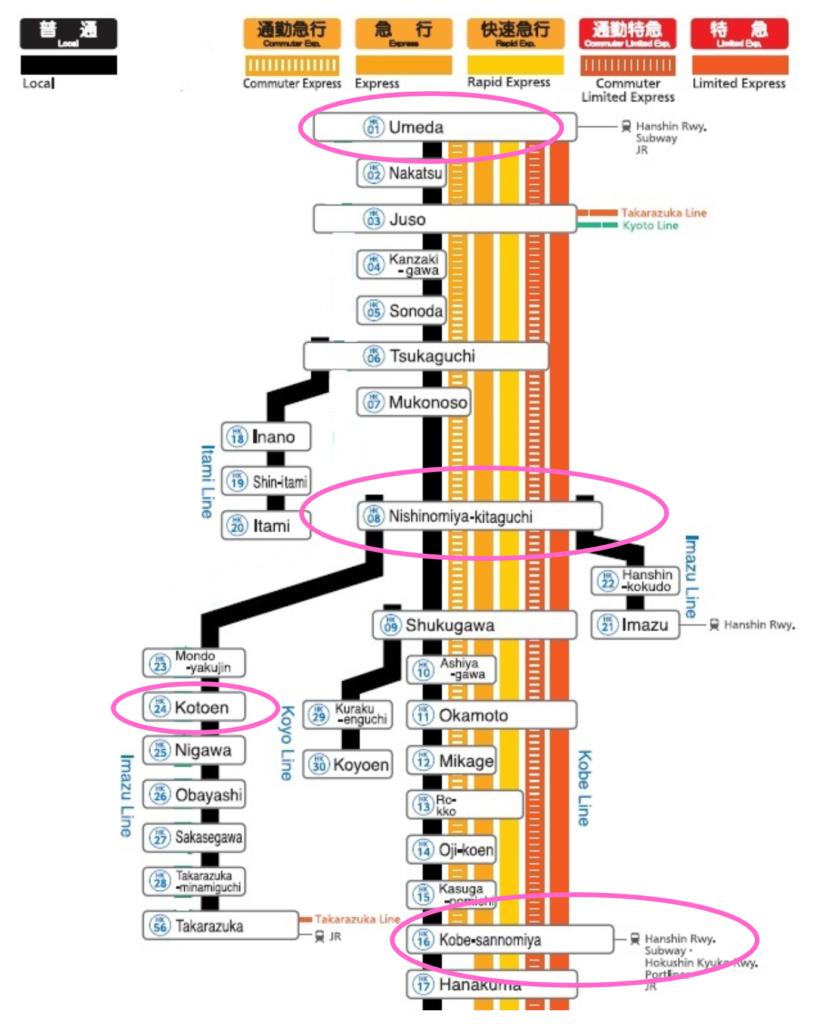 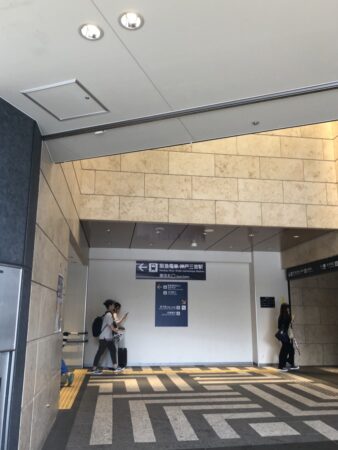 Go inside and turn to the left.

Ticket gates are on the second floor. Touch your card or insert your ticket when going through one of the ticket gates.

After going through the gates, go up to the tracks #3 or #4 on the third floor. All trains departing from those tracks go to Nishinomiya-Kitaguchi (see next). Express trains go there 4-6 minutes faster than local trains.

Get off at Nishinomiya-kitaguchi (HK08), and go upstairs to the concourse to go to another track. Don’t go out of the station.

You will transfer to a train on the Imazu line (for Takarazuka), Tracks #6 and #7 (Look for those numbers in blue circles). The stairs leading down to tracks #6 and #7 are found near the north ticket gates. Look for numbers 6 and 7 in blue circles. Caution: Do NOT use Track 5. All trains departing from Tracks 6 and 7 go to Kotoen. 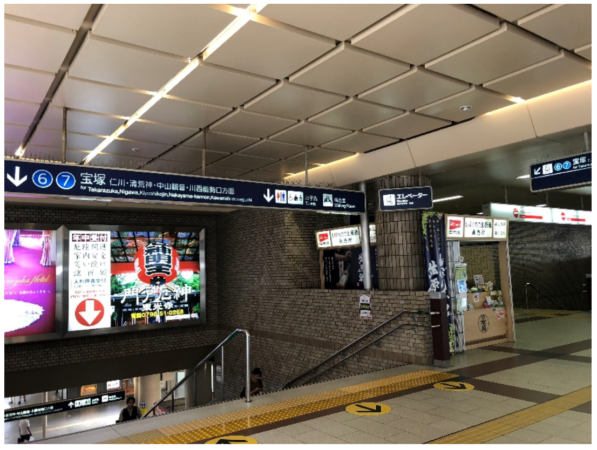 Get off at Kotoen (HK24), the second station from Nishinomiya-kitaguchi.

Go up to the main ticket gate to exit. 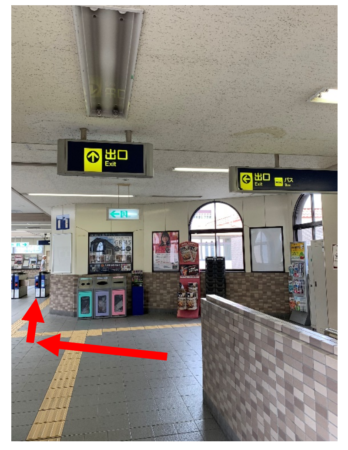